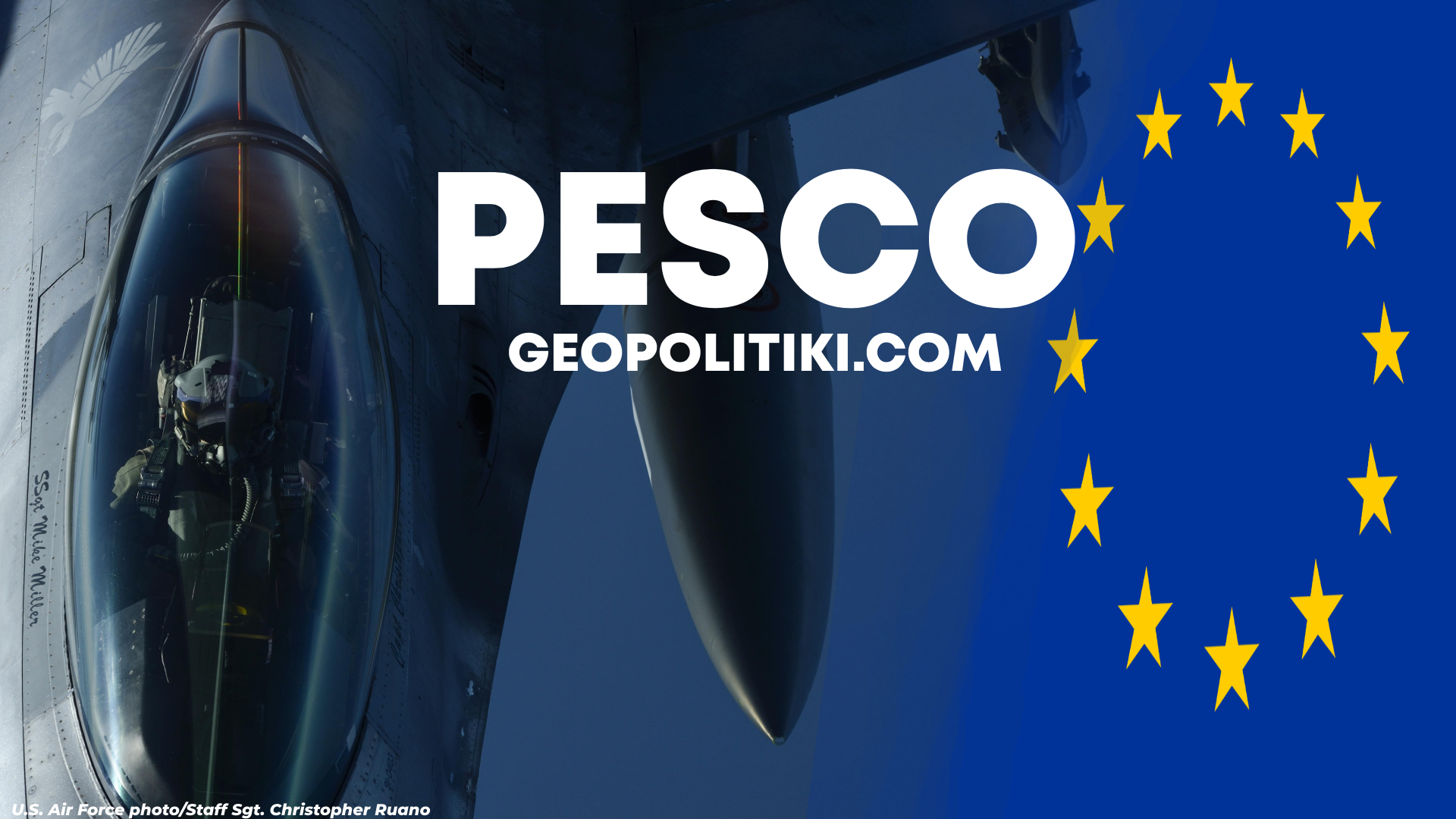 Photo by GEOPOLITIKI.COM (Involves elements from a US Air Force photo)

The European Council today a decision updating the list of projects to be undertaken under the Permanent Structured Cooperation (PESCO).

The EU Council in its decision includes 14 new projects that will be added to the list of 46 existing projects that have already started their research and development process under PESCO from December 2017.

According to the announcement of the European Council:

These programs also include the space defense program (DoSA), which is expected to increase the European Union’s operational efficiency in the space sector.

In total, the list of 14 new projects approved includes:

According to the Journal of the European Union, Greece is currently actively participating in the Main Tank Simulation and Testing Center and in the “Air Power” program.

Follow us on Google News!
Write your opinion in the comments
In this article:AIRPOWER, EU, GEOPOLITIKI, GREECE, MBT-SIMTEC, MILITARY, NEWS, PESCO
Up Next: