Turkish Party MHP President Devlet Bahçeli, who is the leader of the Turkish organization “Grey Wolves” reacted to Israel’s attacks on the Masjid al-Aqsa in his Twitter account & laid claims to Jerusalem.

Devlet Bahçeli gave the following words in his post:

“Israel is a terror state, it uses violence as a political instrument. On the other hand, the Jewish settler terror, which is constantly whipped in the West Bank, takes the oppressed from their homes. Jerusalem is mourned, Gaza is sad, the West Bank is strange, Palestine is between two fires.

I condemn the Israeli government, which haunts the freedom of belief and worship of our Palestinian brothers during the month of Ramadan and targets the status of the Harem-i Sharif. I wish the Palestinians injured in the attacks get well soon. Jerusalem is our first qibla ( Islamic direction) and will not be given to Zionists. 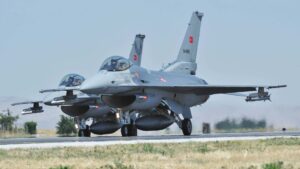 Jerusalem-Kashgar-Kirkuk-Istanbul are closely connected with each other through history, culture, and belief ties. Without one, the other is either incomplete or spiritually crushed. We are aware of our fate, our nation, our fate, our fight, and we also know the devil’s detachments. And we are waiting for the accounting day “

In this article:BAHCELI, GAZA, ISRAEL, JERUSALEM, KIRKUK, MHP, TURKEY
Up Next:

MILITARY EXERCISE IN RUSSIA: Robots training along with human forces