The Chinese Army reported on Saturday that spotted and tracked a US warship as it was passing through the Taiwan Strait.

In a statement issued by the Eastern Region Command, the Chinese military reported that “its air and naval forces tracked and monitored the ship while it was sailing.”

For its part, the US Navy pointed out that the USS Mustin, armed with guided missiles, “routinely crossed the Taiwan Strait on December 19, in accordance with international law.”

It is worth noting that this is the twelfth time this year that the US Navy has crossed the Taiwan Strait, a move that has sparked condemnation from the Chinese authorities.

The US and China have been arguing over a number of issues over the last few decades, including America’s recognition of Taiwanese independence. Moreover, since Donald Trump’s tenure began, he has shifted blame to China for much of the US’ economic problems.

As announced by the Greek General Staff on Tuesday 06 April 2021, a meeting was held between delegations of the Greek...

Ukraine reported plans to sign an agreement with Indonesia for anti-ship cruise missiles. As indicated by a Defense Express report,...

British threat to Russia: Sends warships to the Black Sea

The UK informed Turkish authorities that British navy ships will enter the Black Sea via the Bosphorus in May, the...

Turkish Airlines has temporarily suspended all flights to Israel, the airline announced on Monday, Anadolu reports.Under the suspension, there are...

Armenian kamikaze drones and other types of offensive drones are being tested and will then undergo combat tests before serial...

The Turkish army has deployed major military forces in Iraqi Kurdistan‘s Hiror, Kette, and Konya Guzan districts, according to local...

Two Turkish F-16s just before 4 p.m., according to the Cyprus News Agency, provocatively violated the Nicosia FIR, near Famagusta &...

India to acquire 30 MQ-9B Predator from the US

India plans to buy 30 armed UAVs from the US to bolster its maritime and land defences as tensions continue with neighbors China... 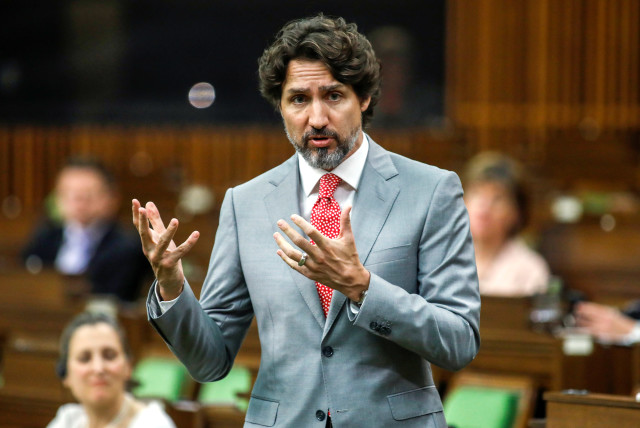 Recep Tayyip Erdogan strongly condemned Canada’s decision to stop the export of drone technologies to the country in a recent...

<div>The statement comes after both nations inked an agreement in 2019 to boost military ties, following joint naval exercises in 2016, Chinese media reported, adding the agreement would include high-level talks and academic exchanges, among others.</div>

TURK AGAINST TURK: Erdogan threatens the pseudostate of Northern Cyprus

Turkish President Erdogan has criticized the pseudo-state of Northern Cyprus for a court ruling that allegedly restricts the teaching of...

<div>The speech comes as nations battle the ongoing coronavirus pandemic and struggle with economic downturns caused by national lockdown restrictions. Reports anticipate a reset in relations with the newly-appointed Biden administration amid the ongoing trade war, it was reported at the event.</div>