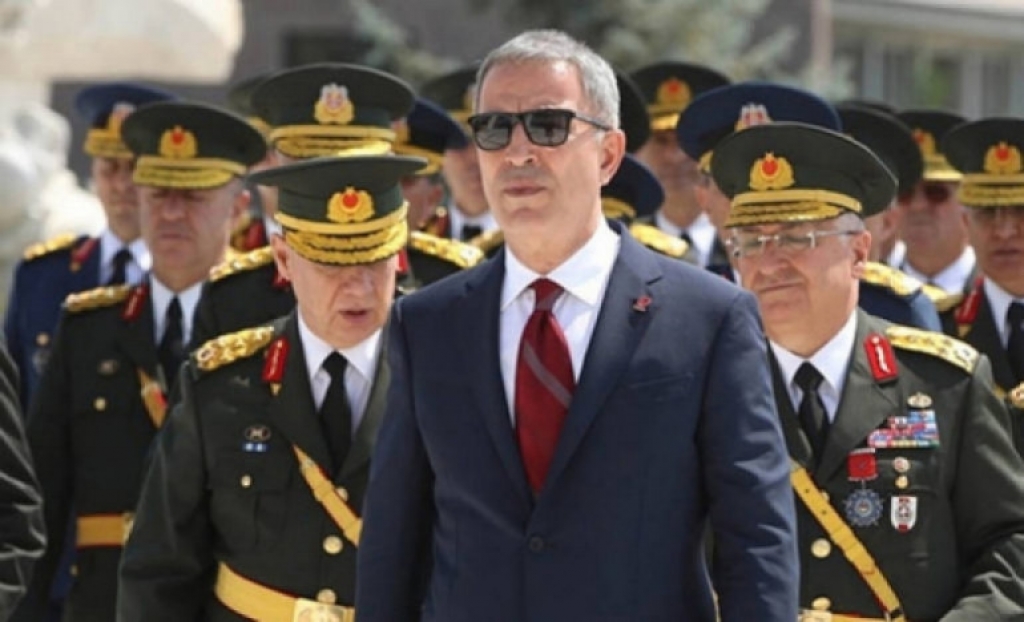 The Turkish Minister of Defense, Hulusi Akar, referred to the armament programs of Greece during his visit to Libya.

“Our Greek neighbors are taking provocative actions, taking provocative steps, and increasing the tension in the region. And they cover what they are doing and hide our efforts for dialogue, for peaceful methods that are in line with international law” he added.

Regarding the situation in Libya and the recent statements of Khalifa Haftar, “Haftar and his supporters should know that in the event of any attack on Turkish positions, then all the units of the assassin Haftar will be our legitimate targets. They should put it in their mind. After such an attack, they will not find a place to stand.”

March 7, 2021March 7, 2021
We use cookies on our website to give you the most relevant experience by remembering your preferences and repeat visits. By clicking “Accept”, you consent to the use of ALL the cookies.
Cookie settingsACCEPT
Manage consent