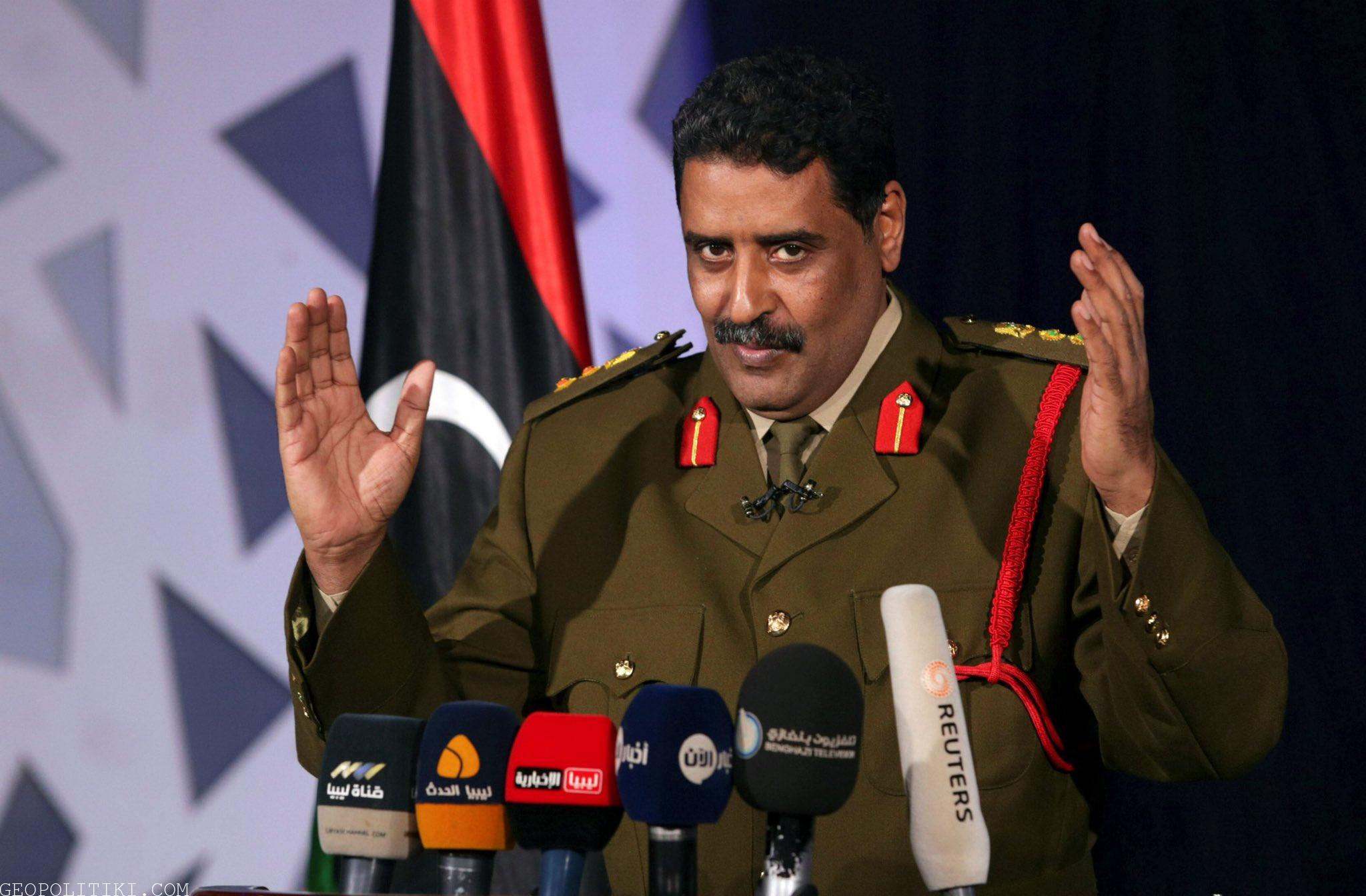 On Saturday, the official representative of the Libyan National Army (LNA), General Al-Mismari, denied the presence of Wagner forces in Sirte, despite photos from Sirte showing Russian mercenaries, adding that the city is under the full control of the LNA.

In a statement, the LNA spokesman said that attempts to spread rumors, lies and fabricated news had not and will not deceive either the Libyans or the international community.

He then addressed Turkey and called on it to immediately withdraw its forces and mercenaries from Libya.

Al-Mismari made the remarks as anti-Wagner leaflets were found in Sirte, written in both Arabic and Russian.

He also recently announced that the LNA campaign against terrorism will continue until all terrorists are eliminated and their strongholds in the country are destroyed.

At the same time, however, he stressed that the General Administration of the LNA is still committed to the ceasefire agreement for the success of the political process.

Statements on Libya were also made on Saturday by the spokesman of the Turkish Presidency, Ibrahim Kalin, who expressed his hope for “the end of the conflict era and the formation of a transitional government in Libya as soon as possible”.

Speaking at an online event on “Principles and Priorities of Turkey’s Foreign Policy”, he said Ankara would continue to support the Libyan talks.

He added that “we will continue to provide all forms of contribution to make progress in the Libyan-led political process,” according to Turkey’s state-run Anadolu news agency.

“We hope to create a new model of governance and a transitional government in Libya as soon as possible to put an end to the era of conflict,” Kalin said.

“Libya is a country with great prospects, potential, and educated human resources. When these are used properly, it will take no for Libya to develop economically.”

It is noted that on Saturday afternoon, the United Nations Support Mission in Libya (UNSMIL) announced the full list of candidates for the positions of Presidential Council and Prime Minister for the forthcoming Libyan government.

A full Lybian political dialogue forum (LPDF) will be held in Switzerland from 1 February to 5 February on the voting process for the new temporary unifying government.